NVIDIA and AMD graphics cards have been very difficult to find at retail due to the current GPU pocalypse, but it looks like things are starting to ease in Europe lately in terms of pricing.

GameRant reports that NVIDIA and AMD GPU prices are steadily declining in some European countries, which could suggest that the GPU shortage is going to end much sooner than expected. Average prices for the latest NVIDIA and AMD cards have dropped by as much as 50% there, which is one of the biggest price drops to date.

A certain Reddit user plotted the data on the graph, and the numbers don’t seem to lie. As of early June, GPU prices are on a downward trend, with several of NVIDIA’s latest releases (i.e. RTX 3080 Ti and RTX 3060/3060 Ti) falling to their asking prices on lower since their launch.

Digital Trends also picked up on the trend, claiming that the price of the NVIDIA RTX 3080 (which has become the “poster child” of the GPU shortage) has dropped from around $ 2,700 minimum to around $ 1,700 in one month. . That’s already a massive $ 1,000 discount, although it’s still a far cry from the advertised MSRP of $ 699.

Read also: NVIDIA will soon be removing driver support for the 600 and 700 series; Can you still upgrade on time?

NVIDIA and AMD are finally meeting the demand?

NVIDIA made headlines earlier this year for claiming that the GPU shortage will last until the end of 2021. Maybe they didn’t really see this trend coming, but maybe they did. they should have had it.

One of the main factors contributing to the graphics card price craze is the current boom in cryptocurrency mining. Miners have taken over GPU shares since last year, causing street prices to go nuts. That’s why NVIDIA has done its best to prevent miners from buying stocks by releasing LHR versions of the RTX 3000 series. And those cards work, too.

But does that mean NVIDIA and AMD are now meeting the demand? Not really, although actual GPU stocks are doing well. Major retailers have graphics cards for sale right now, although the prices are still inflated.

Crypto Mining is no longer so profitable

Asrock, a major GPU maker, predicts that miners’ demand for graphics cards will soon decline. And that’s because some big governments (China, in particular) are cracking down on crypto mining, mostly because of its insane energy needs. It also doesn’t help that crypto stocks become more and more volatile, which means miners don’t earn as much in the long run. 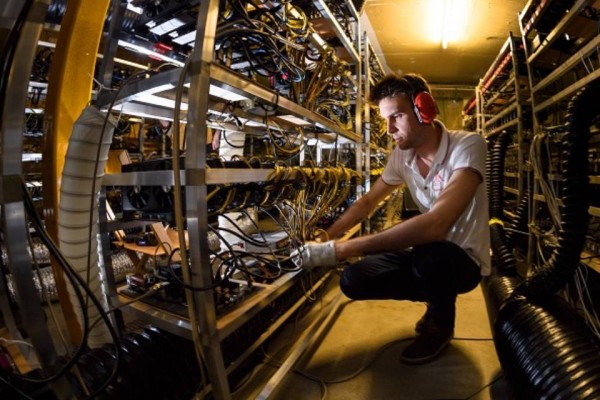 (Photo: FABRICE COFFRINI / AFP via Getty Images)
Alpine Mining co-founder and CEO Ludovic Thomas works at the company’s main cryptocurrency mining site, filled with metal racks stocked with hundreds and hundreds of graphics cards in the small village of Gondo in the south from Switzerland on March 9, 2018.

If you’re a PC gamer, then you should brace yourself: GPU-pocalypse could finally end soon.

Related: GPU 101: How to Extend the Life of Your Graphics Card

This article is the property of Tech Times

2021 TECHTIMES.com All rights reserved. Do not reproduce without permission.